Here I present to you a placeable hay barn for farming simulator 15. It is possible to unload grass, hay and straw to the hauling vehicle, but also HD Bales of Welger Press unload and store for later. More on that later. 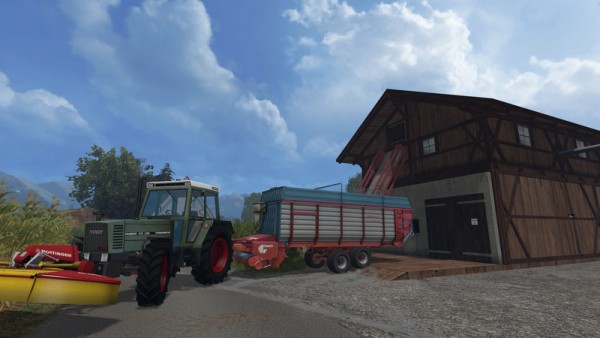 The story behind it is quite simple, since LS11 times it has greatly bothered me that there was no way his straw (came only with LS13) and to store his grass / hay. You could bale presses and then throw on a conveyor belt in a barn. But then you got money !? So not really realistic. The grass had to immediately feed it to the animals, you could not store it. 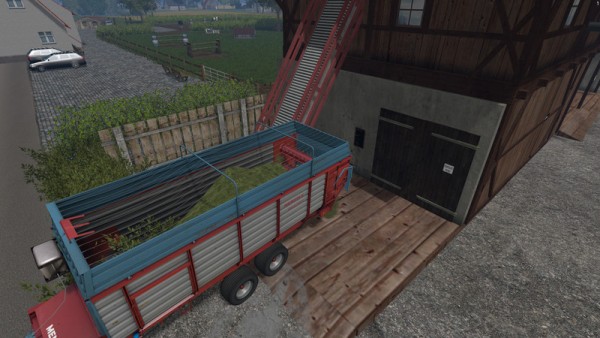 For this reason I have always rebuilt my maps for private use and supplemented with storage facilities. In LS 11 nor later scripts with the "MapFruitChangeTrigger" and with others. But this is on the one hand cumbersome and not feasible for everyone. And certainly not in multiplayer. 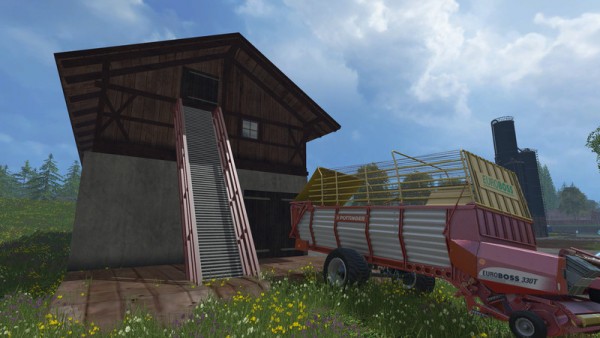 That is why I am now times in the "placeable Mods" incorporated and built a beautiful barn, which then any place on his favorite Map where he wants. Due to the type of course a flat base as possible should be chosen. Small unevenness can be compensated with ramps, but only to a certain degree.